William James on the Sacredness of Matter 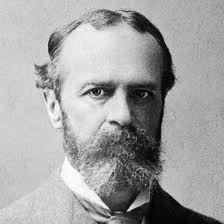 Browsing through my collection of William James’s books in order to find a particular quote, I stumbled upon the following passage, which I marked a long time ago, but had forgotten about, and which might serve as a postscript to my previous post on Thomas Nagel’s Mind and Cosmos. The passage is from Pragmatism (Longmans, Green, and Co. 1907), p. 95:

“To any one who has ever looked on the face of a dead child or parent the mere fact that matter could have taken for a time that precious form, ought to make matter sacred ever after. It makes no difference what the principle of life may be, material or immaterial, matter at any rate cooperates, lends itself to all life’s purposes. That beloved incarnation was among matter’s possibilities.”
Posted by Michael Hauskeller at 02:39 No comments:

Thomas Nagel on Mind and Cosmos


I recently wrote an introductory article on the philosophy of Hans Jonas for a collection focussing on new continental perspectives on bioethics. The editor, Darian Meacham, suggested that I read Thomas Nagel’s Mind and Cosmos. Why the Materialist Neo-Darwinian Conception of Nature Is Almost Certainly False (Oxford University Press 2012), because some of the ideas in it seemed to correspond with those of Jonas. So that is what I did, and I wasn’t disappointed. Just like Jonas, Nagel (cautiously) argues for a teleological understanding of nature, even though he doesn’t seem to be aware of Jonas’s work. 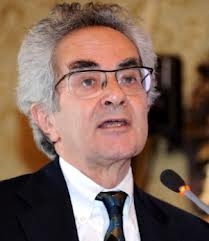 Nagel’s argument is highly speculative, of course, but not entirely implausible, and I found it interesting to learn that he was harshly criticised for it, notably by Simon Blackburn who declared it “profoundly wrong-headed” and claimed that despite his professed atheism, Nagel was playing into the hands of both religious creationists and tough-minded scientists who will see Nagel’s book as yet another confirmation of how useless and out of touch philosophers actually are: Blackburn on Nagel

Nagel’s heresy is to question the reductionist and mechanistic neo-Darwinian account of the origin and evolution of life and to shed doubt on the widely held assumption that the appearance of life, consciousness, and reason can, in principle, adequately be explained by it. Questioning common assumptions, however, can hardly be said to be unphilosophical. And in this particular case I find doubt quite understandable. That inanimate matter should have given rise to life at some stage in the history of the universe is indeed astonishing enough and has so far not been sufficiently explained. Subjectivity is even harder to account for. That there are now beings in the world that can actually experience it, that are conscious of that world and of themselves, and that can even reflect on the nature of that world and aspire to understand it in its entirety, all that we haven’t understood at all. And neither scientific materialism nor standard evolutionary theory really allow for such an understanding. They rather circumvent the problem by either denying the existence of consciousness (as something distinct from, and not reducible to, matter), or its relevance, or by taking it as a brute fact that requires no further explanation.

Nagel suggests that, in order to make its appearance comprehensible, we need to think of mind as being (and having always been) part of matter, not only in such a way that it allowed for its emergence, but that it positively advanced it as an “unsurprising if not inevitable consequence of the order that governs the natural world from within.” (32) The mere possibility is not enough. We also need to understand how and why it became actual.

In a certain way, of course, all scientists who believe that the world can actually be (fully) understood by our intellects, tacitly assume already that there is a natural correspondence between our minds and nature: that its order is such that it can be understood by minds like ours. But why should that be? Where does that confidence come from? Why should we be able to form true judgments about the world in the first place if all our capacities are owed to random mutations and the selective pressures of the environment, especially given the scope of those judgements? “Is it credible that selection for fitness in the prehistoric past should have fixed capacities that are effective in theoretical pursuits that were unimaginable at the time?” (74) Nagel thinks not.

However, the argument seems to rely heavily on the assumption that we are capable of forming a true picture of the world. Nagel finds it undeniable “that our clearest moral and logical reasonings are objectively valid” (31), and thinks that we should too. And it is of course difficult not to trust them, especially our logical reasonings. We cannot even justify our doubt without relying on reason. But is the unavoidability of that trust really sufficient to demand that an acceptable account of the world explain the existence of our capacity to reason in a way that is consistent with its objective validity? I’m not sure. Reason, Nagel maintains, “connects us with the truth directly.” (82) But does it really? I’m a bit hesitant to agree, especially since Nagel seems to believe the same about practical reason. In other words, he is a moral (or more precisely metaethical) realist who thinks that our moral judgements can be objectively valid just as much as our theoretical judgements. “If I oppose the abolition of the inheritance tax, it is because I recognize that the design of property rights should be sensitive not only to autonomy but also to fairness.” (84) Should they really? Is that a fact? Is it true that property rights should be sensitive to fairness? I don’t think morality has got much to do with truth, even though we often talk as if it had. But that is hardly conclusive. When Nagel shows himself “convinced that pain is really bad, and not just something we hate” (110), I even have trouble to understand what this means. It seems to me that if it weren’t something we hated, then it couldn’t be really bad, and that we don’t really hate it because it is “really bad”, but rather because it is painful. I don’t quite understand how, or what exactly, its alleged badness adds to its painfulness.

I do think, though, that Nagel is right to insist that the emergence of life and consciousness is an astonishing fact that has not been adequately explained yet and is not likely to ever be so within the established scientific framework. “Each of our lives is a part of the lengthy process of the universe gradually waking up and becoming aware of itself.” (85) Should this be purely accidental? Nagel finds that hard to believe, and I do too. And he is also right to suggest that “an explanation of the appearance and development of life must at the same time be an explanation of the appearance and development of value” (121), because every living thing asserts its own existence as valuable, and consequently there are things that are good and things that are bad for it. In this sense I agree that there is objective value. There may also be in the sense that the emergence and development of life and consciousness indicates that it is in some way better for there to be life and consciousness rather than not. But if it is, in what way exactly? Better for whom, or for what?
Posted by Michael Hauskeller at 04:22 No comments: