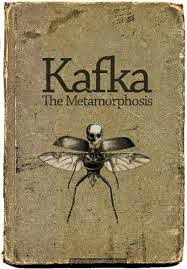 It had been a long time since I last read Kafka’s “The Metamorphosis”, which tells the story of a man called Gregor Samsa, who one morning finds himself transformed into a giant roach-like insect. Now that I’ve read the story again, I was struck by its possible relevance for the discussion of the relationship that is likely to arise between radically enhanced humans or post-humans on the one hand and “normal”, unenhanced humans on the other (always assuming there will be any of them left).

Nicholas Agar, in his latest book, Truly Human Enhancement, argues that posthumans will be so radically different from us that they will soon forget what it was like to be us. They will also have very different interests and values. For this reason, Agar believes, we have nothing to gain by becoming posthuman, even if being posthuman were intrinsically and instrumentally good. Radical enhancement may be good for the posthuman, but it isn’t good for us, simply because they will no longer be us. As long as we only enhance ourselves modestly, we will remain the same person, but once we have undergone radical enhancement we will have become something else entirely. 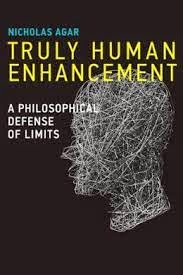 Another reason why we shouldn’t pursue radical enhancement is that, according to Agar, it is likely to result in an erosion of moral status for those who remain unenhanced (i.e., us). Just as we have a higher moral status now than animals, which gives us the right to sacrifice them for our well-being, posthumans may well have a higher moral status than we, so that they will then be justified in sacrificing us for their well-being. Personally, I don’t find Agar’s moral status argument particularly convincing, but I have voiced my criticisms elsewhere and do not want to repeat myself here. If you are interested, here’s a link to my response to Agar, The Moral Status of Post-Persons.

In this context, we can now read Kafka’s story as an allegory of the transformation of a human into a posthuman. (And if had been written now rather than almost exactly 100 years ago, it would be almost inevitable that we read it as such – compare Jorge Luis Borges’ “Pierre Menard, Author of the Quixote”). Of course, the giant roach into which Gregor finds himself transformed is rather unlike the radically enhanced posthuman as we tend to imagine them. But the point is that is definitely a sudden radical transformation of a human being into something that is (in some, though not all respects) very different from what it used to be. The transformation does not only affect Gregor’s body, but also his interests, appetites, sensibilities, and needs. At one point in the story he realises that he finds it increasingly difficult to remember his life prior to his transformation and how it was to be human, and to still care for what he cared for while he was still human. And that is perfectly plausible: the world of a giant cockroach, even one that used to be human, is so different from that of a human that we can understand how everything human must fade away very quickly in such a creature’s mind. A cockroach’s body demands (and creates) a cockroach’s mind. So if the transformation of a human into a radically enhanced human or posthuman is anything like Gregor Samsa’s transformation into a giant insect, then we should indeed expect, as Agar argues, that they will very soon no longer remember much, or anything at all, of their human life. The question is if that is indeed a good reason not to pursue such a transformation. I suspect that the reason why we would not want to find ourselves in the same predicament as Gregor Samsa is not that he forgets his humanity, but rather that he has turned into an animal that we tend to find disgusting and that is not known for its superior intellect. Perhaps we wouldn’t mind much losing connection to our previous self if what we gain in exchange for it is a richer and (intrinsically and extrinsically) more rewarding life. 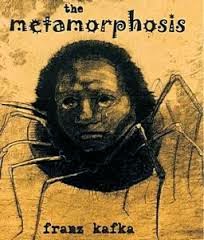 Yet Kafka’s story also highlights another aspect of the relationship between the enhanced and the unenhanced. It is usually assumed that if the future will see society divided in two groups or classes, the enhanced and the unenhanced (or, if you like, the radically enhanced and the only moderately enhanced), then this is likely to cause problems for the unenhanced. They may be denied equal rights, or equal opportunities; they might be treated like inferior creatures, or like slaves; they might even be harmed or killed if that benefits the enhanced. Agar goes so far as to claim that the radically enhanced might even be morally justified (due to their higher moral status) to use the unenhanced in all these ways and to generally treat them as inferior. In such scenarios it is always assumed that the enhanced will be more powerful than the unenhanced, that it is in their power to grant or deny the unenhanced (us?) rights. But that is not necessarily the case. It will depend on the kind of enhancement that they have undergone, and also on how many of them will be enhanced and how many unenhanced. It is quite possible that the enhanced will be regarded and treated as freaks by normal, unenhanced humans, as monsters rather than gods. And then it will be the unenhanced that are likely to oppress and enslave the enhanced, or simply cast out of the human community, just as Gregor Samsa is cast out of his when his family decides that they no longer want anything to do with him.
Posted by Michael Hauskeller at 04:18 No comments: