The British newspaper The Guardian features a “personal effects” page where readers can ask other readers for advice about how to deal with a particular problem. Last Saturday (December 14th, 2013) the problem discussed was this: “I’ve helped my four-year-old write his present list for Santa but now I’m apoplectic – my husband has told him there’s no such thing as Father Christmas. What can I do to restore the festive spirit? Is this grounds for divorce!” I was struck first by the absurdity of this last bit. I find it incredible that there might actually be a woman out there who is seriously contemplating divorcing her husband for the sole reason that he has told their son that Father Christmas doesn’t exist. So what she is saying is basically that it would be better for her child to grow up without a father than to grow up without Father Christmas. What a strange idea! 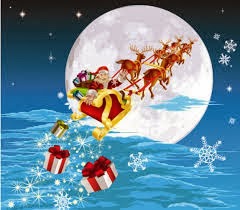 Most readers, however, seemed to share the mother’s outrage. Their advice was to send the man to the North Pole to teach him a lesson, or get three ghosts to haunt him on Christmas Eve, or visit Harrods and make him apologise to Santa in front of their son. And yes, by all means, to divorce this monster of a man. Why? Because “there’s little enough magic in a world full of cynical bastards”, and “there’s enough time for kids to grow up and understand the reality of the world we live in”. So let me get this straight. The consensus seems to be that a world without Santa is (a lot) worse than a world in which Santa exists, and it is worse because “there is no magic in it”. Worlds with magic in it are in some unspecified way better than worlds governed by natural laws. (But are they really? In what way exactly?) That is why we have to protect our little ones as long as possible from the terrible truth that it is their families who buy them presents and not some magical creature that knows everything about them, including if they’ve been bad or good (which is actually a thought that used to terrify me when I was a kid), for not doing everything in our power to conceal the truth from them might actually scar them for life.

If this were true, then we should probably instil as many magical beliefs in our children as possible, and also make them as robust as possible. Make them believe not only in Santa Claus, but also in the Easter Bunny, the Sandman, the Tooth Fairy, and all sorts of other fairies and magical creatures. The more, the merrier. Why should we be satisfied with a “little magic” if we could have lots of magic? It would of course be so much easier to do that if we could find a way to make them actually see those entities. So if we had a pill that caused children to hallucinate them, they would no longer have to rely on our word that Santa Claus et al. exist, but could let their own senses confirm their existence. This would be so much better because it would be more effective and long-lasting, wouldn’t it? Or perhaps we don’t even need hallucinations. A simple belief-consolidating pill might be sufficient to protect them from nasty truth-telling dads and other hostile forces. (How’s that for human enhancement?) If there were such a pill, would we recommend its use on children (and perhaps dads)? Or is that going a little too far? But how far is too far? If belief in magic is good, then why not make sure that the belief persists?

Just to be clear: I’m not saying that we should all enlighten our children and make them “face the truth” as early as possible. On the contrary, I think we should adopt a relaxed attitude towards the whole business. Children enjoy stories, and more often than not they know, on some level, that it is just a story, which doesn’t prevent them at all from treating the story as real. These days Santa Claus is just another superhero to them, and whether they are “real” or “not real” is not a question that means much to them. In their imagination and in the many ways they enact their imagination, those fantasy creatures are real enough. We do not have to insist that they are not real. But neither do we have to insist that they are. For children, they are both real and not real. Most of them are savvy enough to know that it is their parents who buy them their presents. But if you tell them about Santa Claus they will be only too happy to believe in that too.
Posted by Michael Hauskeller at 01:23 3 comments:

Leo Tolstoy on the Difference between People and Lampposts


In the week leading up to Christmas, after several months of abstinence, I’ve finally found the time again to read a great novel, Leo Tolstoy’s Anna Karenina. And as usual, I find a lot that interests me philosophically. 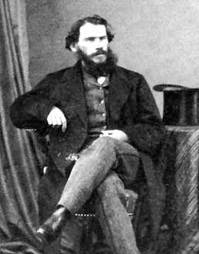 Here’s one example: about a hundred pages into the book, Vronsky, the man who will eventually destroy Anna’s life by encouraging her to love him, is so thrilled by his first encounter with Anna that, while riding the train back to Petersburg, he becomes completely oblivious to the world and the people around him. It is not love yet, perhaps not even infatuation, but it is certainly heading that way. We would normally not find the notion of someone becoming blind and deaf to the world out of love particularly worrisome. We are probably more inclined to find it endearing. But here’s how Tolstoy describes what happens:

“He looked at people as if they were mere things. A nervous young man across from him, who served on the circuit court, came to hate him for that look. The young man lit a cigarette from his, tried talking to him, and even jostled him, to let him feel that he was not a thing but a human being, but Vronsky went on looking at him as at a lamppost, and the young man grimaced, feeling that he was losing his self-possession under the pressure of this non-recognition of himself as a human being and was unable to fall asleep because of it.”

I find this brief passage remarkable for two reasons. First, because it seems to suggest that love can give rise to evil just as much as hatred can. When people do terrible things, they often do so not out of hatred, but out of indifference. What allows them to act as they do is that they make no difference between people and things. In contrast, if I hate someone, I thereby at least acknowledge that they are real and not a mere thing. One cannot hate things. That is why we may very well prefer to be hated (and thereby recognised as a human), rather than to be treated with complete indifference (and thus as a mere thing). If love can make us indifferent to people, then love can bring about more evil than hatred.

The other thing that intrigues me about that passage is the way the young man reacts to Vronsky’s indifference. He can hardly bear the “pressure of this non-recognition of himself as a human being”, and even though Vronsky is a complete stranger to him, his indifference concerns him so much that he cannot sleep. His strong reaction suggests that we cannot stay indifferent to the indifference of others. We desperately need to be recognised as human beings, and being refused that recognition destroys us. Vronsky is just one person, and yet his indifference is enough to deeply disturb another man. Imagine how we would feel if everyone looked at us as if we were a mere thing. The pressure caused by that absence would be enormous and we would be crushed under it. If we didn’t die, we would have to stop seeing ourselves as human and would actually become the thing that the world sees in us.
Posted by Michael Hauskeller at 08:43 No comments: