What Transhumanists Have in Common with Saint Augustine 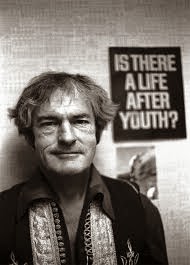 Timothy Leary, the Harvard psychologist who almost single-handedly brought about the cultural revolution (“Tune in, turn on, drop out!”) that America witnessed during the 1960s, once wondered how it was possible that we could control so many things, but not our own sexual bodies. Why couldn’t he have an erection whenever he wanted to (which was very often)? “Here was another unexplained, mysterious facet of adult life. Lindbergh could fly the Atlantic. We could put a man on the South Pole. But we couldn’t get control of the most important part of our body.” (Leary 1998, 86) So Leary set out to find a remedy, to bring the most important part of our body under our control. Various aphrodisiacs and of course LSD brought him closer to his goal, but he never found a means to gain complete control. But that may of course, like so many other things, be just a matter of time. We can imagine our posthuman successors to be able to erect their penises and moisten their vaginas at will, always assuming they will still have genitals. Curiously, if that happened, then we would actually have regained an ability that according to Christian legend we all used to have in the days before the Fall. The envisaged posthuman condition is strangely reminiscent of the human condition ante peccatum. Before we used our God-given powers to defy God, we lived in a state of innocence, which, as the church father Augustine tells us, does not mean that people had no sexual relations. They did, but only in order to reproduce themselves. It did not involve any lust and was just something you had to do in order to reproduce, just as you have to move your legs in order to walk. At that time the sexual organs could be used at will for the purpose of reproduction, and since that purpose was good there was nothing shameful about the sexual act. It only became shameful after the fall, after man had used his freedom to turn away from God and after he was punished for it. The punishment was that our bodies not only became mortal, but also unruly, working against us and no longer in harmony with our own reason-led will. Our own nature has thus become our worst enemy: 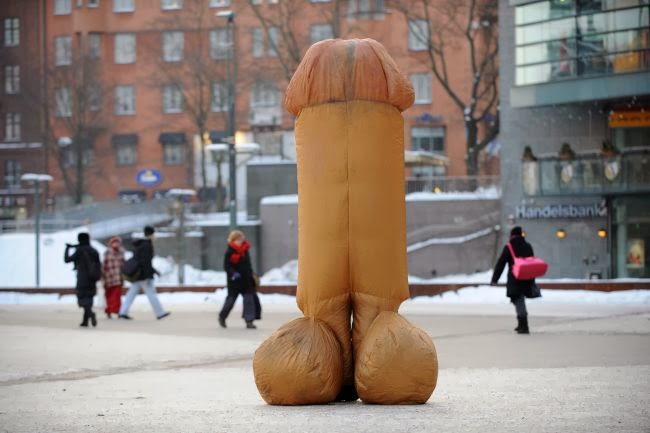 “They experienced a new motion of their flesh, which had become disobedient to them, in strict retribution of their own disobedience to God. For the soul, revelling in its own liberty, and scorning to serve God, was itself deprived of the command it had formerly maintained over the body. And because it had wilfully deserted its superior Lord, it no longer held its own inferior servant; neither could it hold the flesh subject, as it would always have been able to do had it remained itself subject to God. Then began the flesh to lust against the Spirit, in which strife we are born, deriving from the first transgression a seed of death, and bearing in our members, and in our vitiated nature, the contest or even victory of the flesh.” (Augustine, City of God XIII.13) 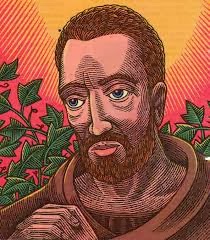 According to Augustine, nothing demonstrates to us so clearly and undeniably the fact that we are not in control over our own bodies, that is, our own nature, as the involuntary reactions of our sexual organs to external stimuli and the feelings of lust and desire that go with them. And precisely because it makes the loss of control so manifest, we feel ashamed about it. This is, according to Augustine, the reason why Adam and Eve covered their genitals: because they wanted to hide that they have lost control. There is nothing that is more shameful than that loss of control (City of God XIV.16). Our sexual desires serve as a constant reminder of that loss because it is by the means of those desires that control is taken away from us. In order to reproduce we need to give up control, we need to let us be controlled by an ungovernable power that subjects our will. For this reason, we are humiliated by our lust, which we experience as something that comes over us and which reduces us to a mere animal, driven and unfree:

“Although, therefore, lust may have many objects, yet when no object is specified, the word lust usually suggests to the mind the lustful excitement of the organs of generation. And this lust not only takes possession of the whole body and outward members, but also makes itself felt within, and moves the whole man with a passion in which mental emotion is mingled with bodily appetite, so that the pleasure which results is the greatest of all bodily pleasures. So possessing indeed is this pleasure, that at the moment of time in which it is consummated, all mental activity is suspended.” (Augustine, City of God XVI, 19)

Now, as readers of this blog will know, today’s transhumanists are not exactly opposed to sexual pleasure, so their outlook seems to be very different from that of Augustine and the Christian Church. Yet what they do have in common with Augustine is the view that human nature is defective and that its principal defect consists in the fact that we, instead of being able to control it, are being controlled by it. For Augustine we are no longer how we should be. We are all damaged goods. For a transhumanist we are not yet how we should be. We are botched goods. But both do agree on what we should be, namely in control, and that the present condition is not only deeply unsatisfactory, but also deeply shameful. And for this very reason transhumanists can embrace hedonism only to a certain extent. Pleasure is good, yes, but only as long as it does not conflict with our autonomy. Just like Augustine, transhumanists want to resume full control over their sexuality. They want sex, but only on their own terms. The need to give up control, to give oneself to another person, is found offensive. What is needed is controlled sex, and part of that is that we learn to control our emotions, what and whom and when we desire, what and when and whom we love.
Posted by Michael Hauskeller at 01:48 No comments: