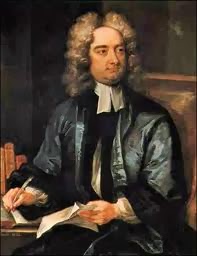 Swift’s notorious poem in which he describes a lover who is utterly disillusioned by the discovery of his beloved’s basic humanity and flesh-and-blood physicality is often read and understood as some kind of misogynistic diatribe against female presumptions of nobility. A woman’s beauty and refinement is in truth but a thin veneer that covers her true nature, which consists in filth of various sorts, in dirt, sweat, snot and earwax, in obnoxious smells, and worse. If you venture a look behind the scenes, then the apparent Goddess is quickly revealed as what she really is: not a mere woman - which would be disappointing, but bearable -, but in fact nothing but an artfully disguised pile of excrement. Thus our hero’s educational journey is completed with the discovery of his beloved’s full chamber pot, culminating in the horrified cry: “Oh! Celia, Celia, Celia shits!” - Who would have thought? 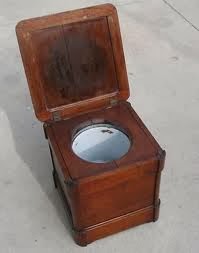 D.H. Lawrence, in a postscript to Lady Chatterley’s Lover, gives the proper response to the panic that befalls Swift’s comic hero when he finds undeniable evidence that Celia is, contrary to his expectations, not a Goddess at all: “The mind’s terror of the body has probably driven more men mad than ever could be counted. The insanity of a great mind like Swift’s is at least partly traceable to this cause. In the poem to his mistress Celia, which has the maddened refrain: ‘But – Celia, Celia, Celia shits!’ we see what can happen to a great mind, when it falls into panic. A great wit like Swift could not see how ridiculous he made himself. Of course Celia shits! who doesn’t? And how much worse if she didn’t. It is hopeless. And then think of poor Celia, made to feel iniquitous about her proper natural function, by her ‘lover.’” Indeed. 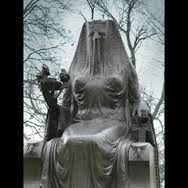 However, I do not think that expressing his disgust of women, or humankind in general, is at all what Swift was doing in this poem. Lawrence is right, but he misunderstands Swift. If we take the last quarter of the poem into account, which is usually ignored, then a very different and not at all misogynistic or misanthropic reading suggests itself. It seems to me that Swift is much closer to Lawrence’s own view than Lawrence realised. After the lover runs away from his discredited lover’s chamber, the reader is reminded how foolish both his actions and his reaction to his discovery of Celia’s bodily functions were. He may have discovered the truth about Celia (or a truth about her, which is of course also a truth about each one of us, male or female), but it is the kind of truth that can easily ruin your life if it is all that you can see. If life’s a piece of shit when you look at it too closely, then you had better keep a healthy distance. Swift suggests that Celia’s lover is being severely (and rightly) punished for his hubristic attempt to lift the veil from a mystery that had better be left alone, not unlike the youth, “impelled by a burning thirst for knowledge”, in the German poet Friedrich Schiller’s “The Veiled Statue at Sais” (written some 60 years after Swift’s “The Lady’s Dressing Room”), who is warned not to lift the truth-concealing veil from a statue of the goddess Isis. It is forbidden by the gods, for the truth is dangerous, perhaps even deadly. But the youth doesn’t listen and won’t be deterred. He “lifts up the veil./ Would you inquire what form there met his eye?/ I know not, - but, when day appeared, the priests/ Found him extended senseless, pale as death,/ Before the pedestal of Isis’ statue./ What had been seen and heard by him when there/ He never would disclose, but from that hour/ His happiness in life had fled forever,/ And his deep sorrow soon conducted him/ To an untimely grave.” Who knows, perhaps he saw a chamber pot.

Swift’s hero does not die, but he is, like Schiller’s youth, lost to the world: blinded by what he has come to see as the truth about women, and incapable of perceiving anything but foulness, he is destined to live a miserable, joyless life. But he is mistaken: it is not the world that is foul; it is his imagination. Because beauty is just as real as the messy physicality that lies underneath, and what is truly astonishing is that the one can arise from the other, that “such order from confusion sprung,/ Such gaudy Tulips rais’d from Dung”. It’s like the transmutation of base metal into gold that the alchemists tried in vain to accomplish. And it is utter foolishness to refuse to see and appreciate the gold just because it has been created from nickel. The crucial couplet in the poem is this one: “Should I the Queen of Love refuse,/ Because she rose from stinking Ooze?” The answer that Swift suggests is no, because the Queen of Love is still the Queen of Love. No goddess perhaps, but still a beautiful woman, and none the worse for it.

This healthy attitude, with which the poem concludes, is very different from the one that, we may assume, characterised the curious young man before he makes his seemingly gruesome discoveries. What we have here is not simply, as some interpreters have suggested, a return to false idealisations, a desperate (and laughable) attempt to retain the illusion and hide the truth, and to hang on to a distorted view of female (and human) perfection and elevation. It is, instead, the synthesis that has resulted from a dialectical process of thesis and antithesis, a more mature attitude born out of the realisation that the two opposing views are equally untenable, both the view that a human being can be an angel (an ethereal, pure and essentially bodiless being) and the view that all humans are animals (that is, essentially bodies). The fact that we are bodily (and that means messy, dependent, vulnerable and ultimately mortal) beings doesn’t detract from our beauty and dignity. On the contrary.
Posted by Michael Hauskeller at 07:40